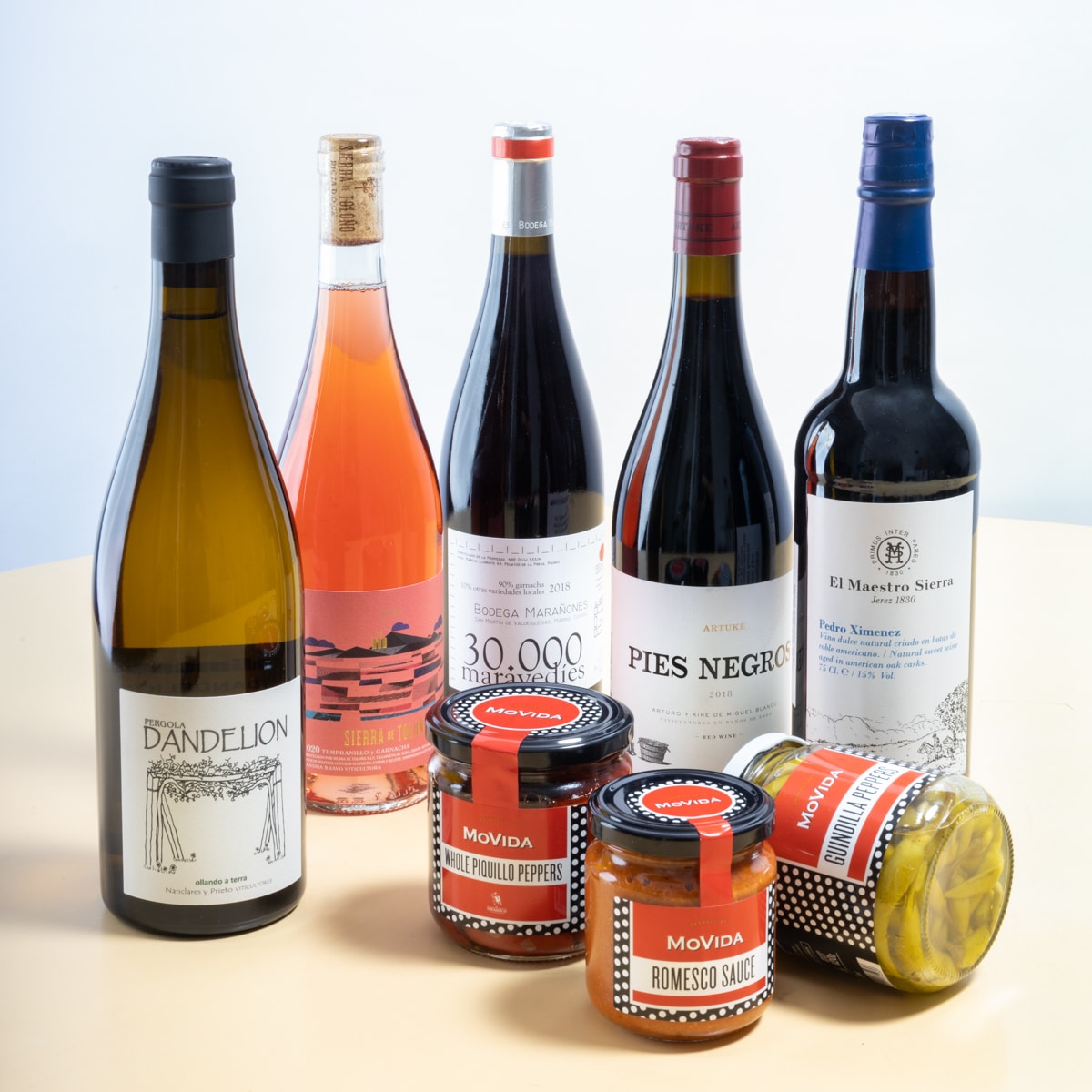 MoVida By the Glass
A little slice of Modern Spanish drinking...

Our picks for summer – an few tapas essentials, a few bottles of wine, a little PX to finish off with… Sounds like summer

Check out the Pack!

Our picks for summer – an few tapas essentials, a few bottles of wine, a little PX to finish off with… Sounds like summer

Check out the Pack! 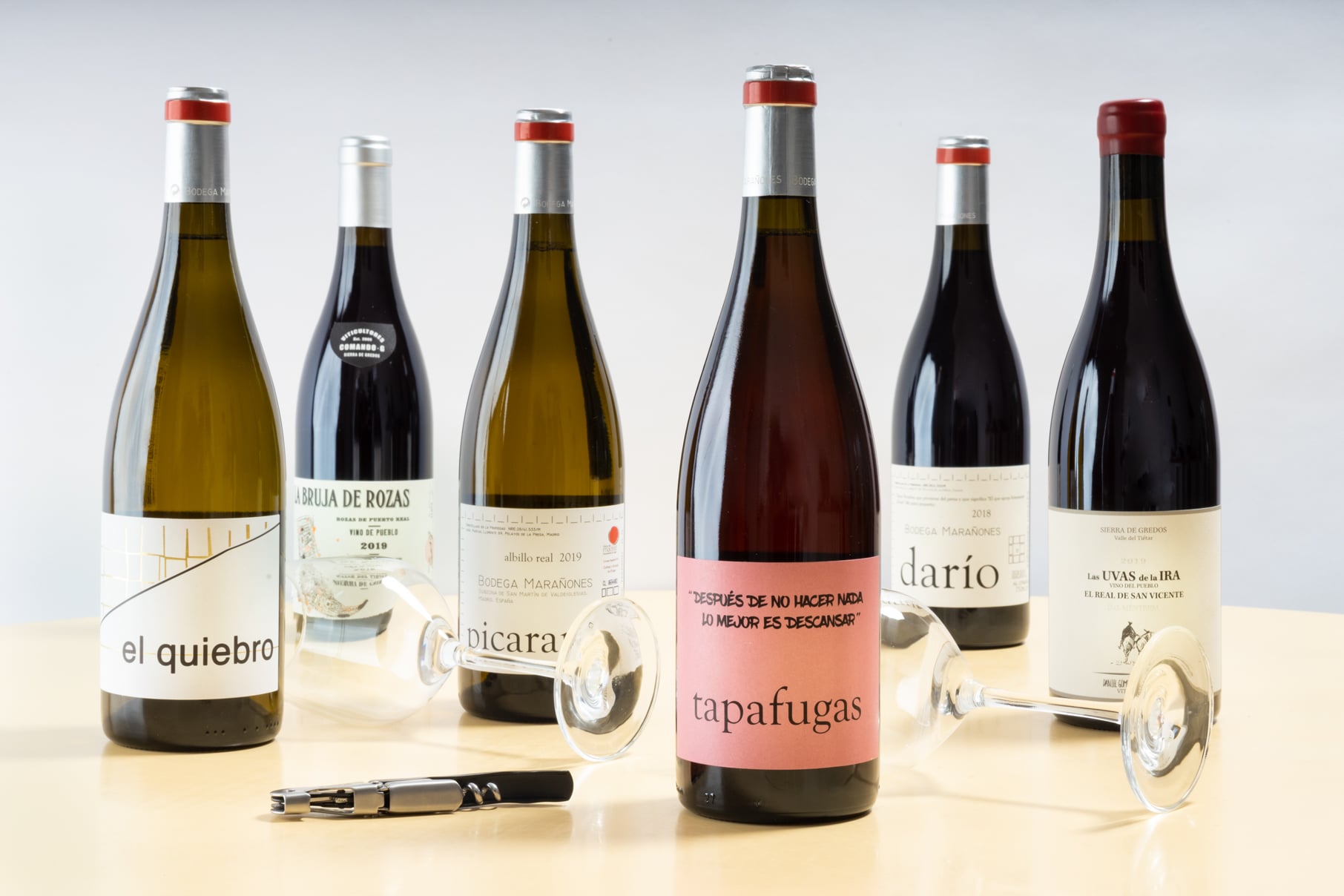 MoVida By the Glass - Six bottles from behind the bar! The latest update to the ‘Movida By the Glass’ offering leans into the cooler weather, tipping the balance towards red in favour of rose and making the most of some really interesting wines that have popped up in the last few weeks.

MoVida By the Glass 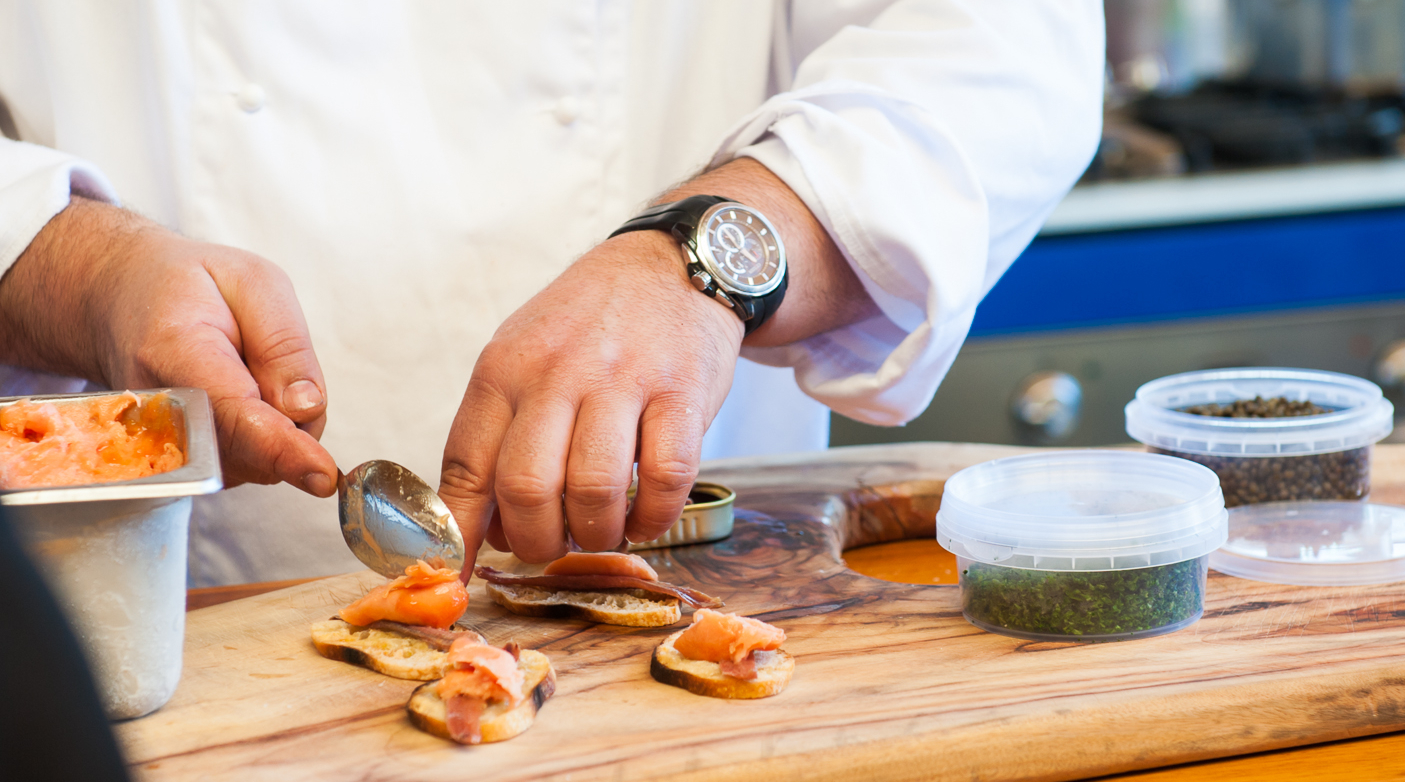 Cuca Anchovies are back in Stock!

Click here to throw a couple in your cart 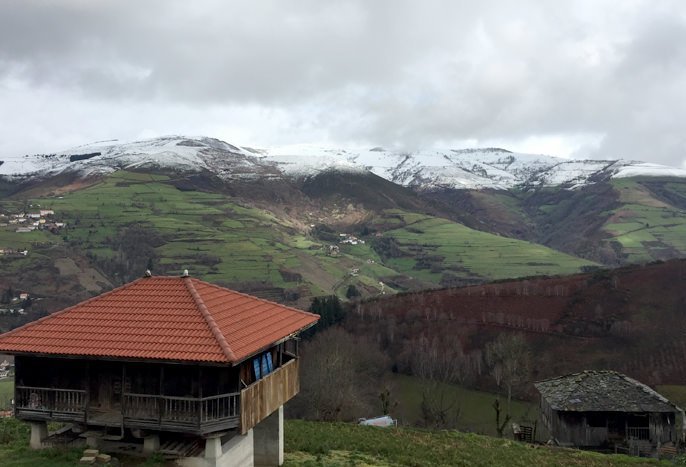 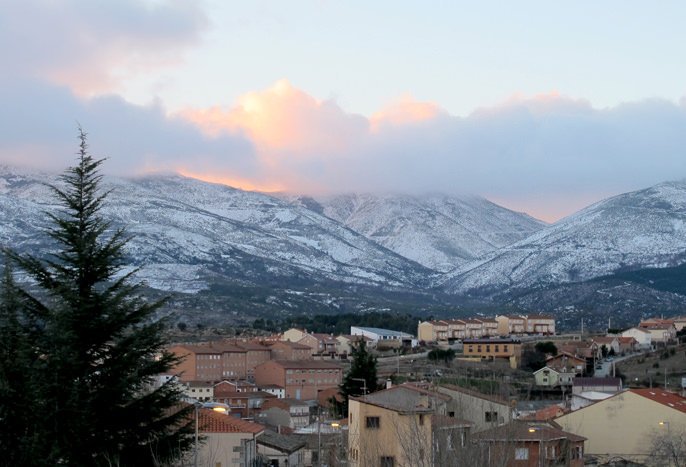 The Sierra de Gredos at sunset 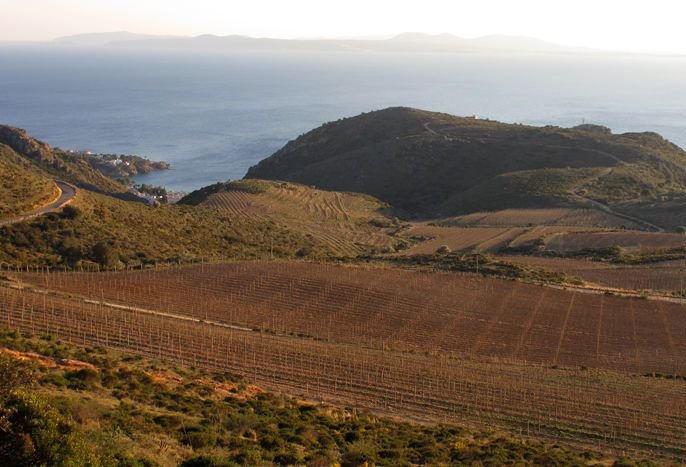 The vineyards of Espelt on the edge of the Mediterranean

Atlantic Spain includes the coastal areas from the Rías Baixas at the northern edge of Portugal, right along the coast to the Pyrenees and the French border. It covers all Galician regions, like Ribeira Sacra and Ribeiro, and some more unusual growing areas in Asturias and the Basque Country.

The defining factor here is the region’s proximity to the cool weather patterns generated by the Atlantic Ocean and the Bay of Biscay. Paradoxically, the wines get warmer, richer and higher in alcohol as we move away from the coast and up to Spain’s central Meseta.

Native red varietals, like Caiño, Mencía and Bastarda, make aromatic, lighter bodied wine: the Atlantic is generally happy hunting ground for people who like Pinot. Whites are a little more varied: Albariño and Txakoli from the coast are razor-sharp, high acid wines; further inland, near Ribeiro or Valdeorras, they start to put on weight. There’s also a lot of steep, slate-dominate slopes in these areas: a very good thing for wine.

Continental is the broad term we use for wine regions on the Mesa: a massive plateau that covers much of central Spain. It runs from Bierzo in the north west through to the Sierra de Gredos, a massive mountain range just west of Madrid.

It’s hard to be precise when describing such a large area, but an important factor is altitude, which creates significant temperature fluctuations overnight and in turn, helps to add acidity to the wines. Some of the best Tempranillo and Garnacha sites here sit at more than 1,000 metres above sea level.

There’s also a recurring dialogue, especially in Rioja, about which sites are more Atlantic – colder – or more Mediterranean – warmer. It’s a useful paradigm to use when comparing wines from different sites around the Mesa.

Some really interesting whites are grown here but, aside from the ubiquitous Rueda Verdejo, they tend to be hard to find. The Sierra de Gredos produces beautiful, textured varietal wines from Albillo and there are pockets of various whites in Rioja and Arlanza, but reds really tend to dominate the landscape in Tempranillo-land.

Our Mediterranean group is pretty self-explanatory! These are the strip of wine regions running from Empordà on the French border, south past Barcelona and the Catalan territory, and into Granada. There are some high altitude areas along the coast like Alicante, where an escarpment rises up towards the central plateau and vineyards can be as high as 600 or 700 metres, and Montsant and Priorat, where a mountainous outcrop of slate gets up to around 500 metres.

Red wines along the Mediterranean tend to reflect the balmier weather of the coast, with riper fruit flavours and richer textures: bigger wines in general. There’s also a tendency for reds to develop herbal characteristics from the surrounding lands: think thyme, bay, occasionally lavender. The French term for this collection of smells is ‘garrigue,’ which is a lovely word to throw around.

The grapes that thrive along the Mediterranean are those that retain acid well in hotter weather: Carenyena/Carignan/Samso, Garnacha/Grenache, Monastrell/Mourvedre. Further south around Alicante, Mancheula and Valencia, Monastrell is the most common, but this is really the result of the modernisation of agriculture in the 60s and 70s. Before that, things like Fourcayat, Bobal, Garnacha Tintorrera and Mando were quite common. These are now rarities grown by a band of committed renegades.

We included Jerez in the Mediterranean, which isn’t technically correct as it’s influenced by cooling Atlantic winds, but it felt weird to slot it in with the Albariños and Txakolis. And really, sitting in Jerez drinking Fino feels more like being on the Mediterranean coast than anywhere else!