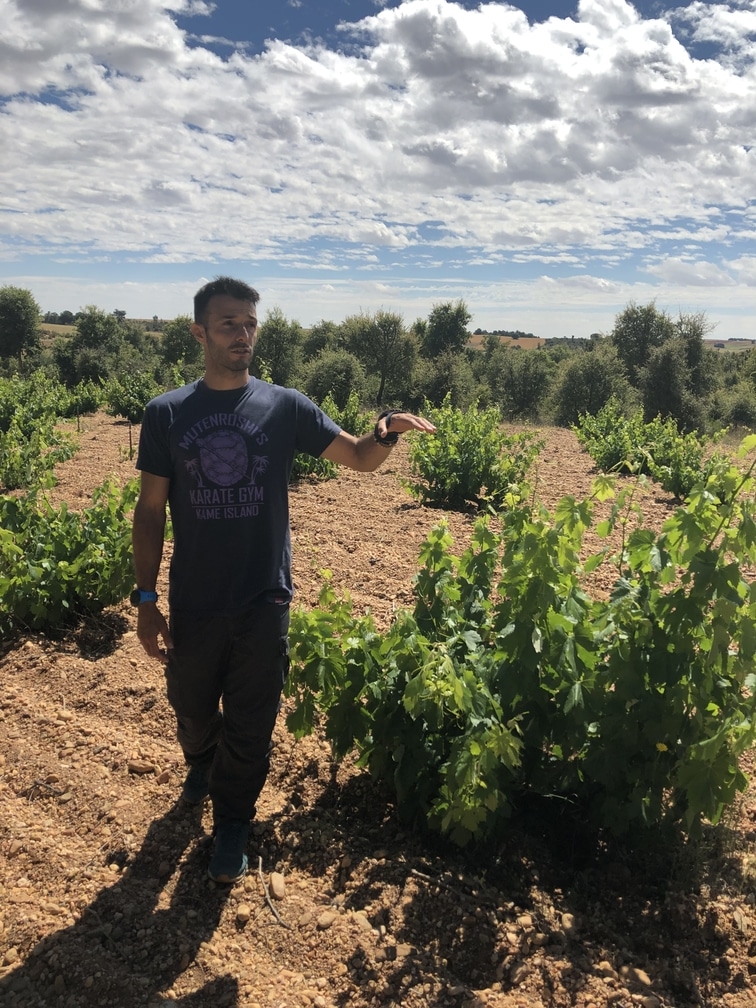 Alvar in the southern edge of Toro 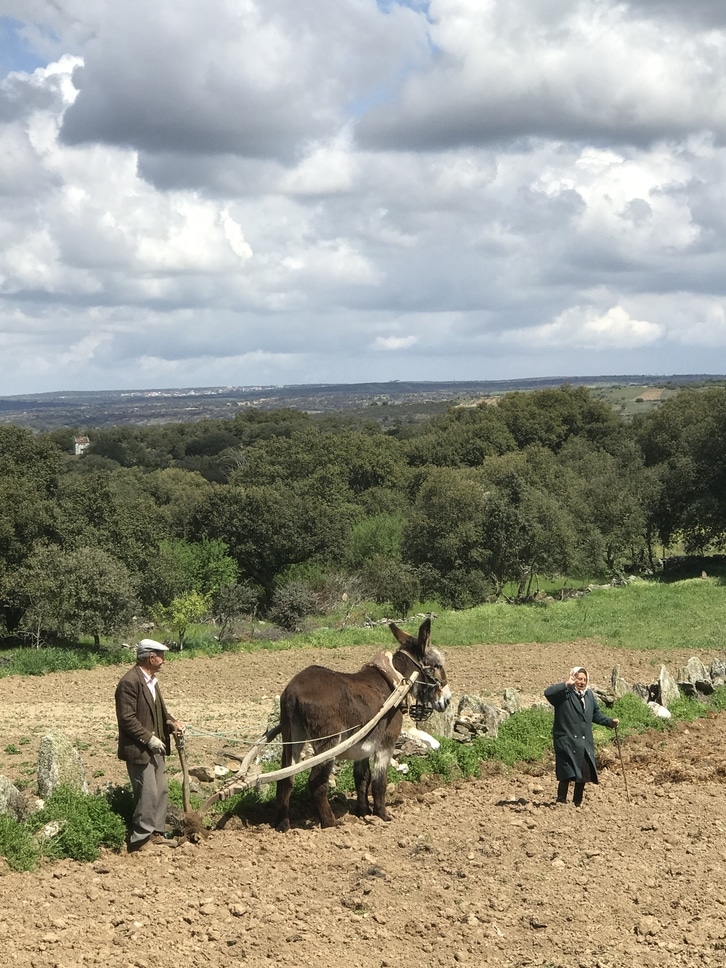 When Fernando Garcia of Maranoñes and Comando G first introduced us to Alvar, he did so with somewhat of a double edged remark along the lines of, “Either Alvar will be one of the best viticulturalists among us, or we’ll lose him to the discotheques in Salamanca.” Back then, the young, rather handsome Toro native would disappear into the university town of Salamanca every Friday and no one was entirely sure if he’d return on Monday. Five years later, with Alvar now primarily responsible for the wine making at Maranoñes and his own personal project coming to fruition, it seems safe to say that the vinous world has beaten the strobe lights and Alvar de Dios, although still only in his mid-twenties, has become a peer, rather than a student, of the likes of Fernando and Dani Landi.

Alvar’s family have lived and owned vines around the small town of El Pago in Toro for generations, but his first vinous experience really came working in Telmo Rodriguez’ Toro winery. From there he was lured to the Sierra de Gredos by Dani and Fer, where he bounced between Comando, Maranoñes and Dani’s projects for several years, with a little sojourn to Rioja star Oliviere Riviere in the middle. It was during this period that weekends in Salamanca gradually gave way to weekends spent driving from the Gredos back to Toro or Arribes to tend to his grandfather’s vineyards. Inspired by the exacting philosophies he’d picked up in the Gredos, Alvar began applying it first to his family’s vineyards in the rolling meadows of Toro, and then to the forgotten slate slopes of Arribes. In Toro, this approach is revelatory. In a region that’s been through a boom of over-hyped, hugely alcoholic beasts for the American market and is now facing a serious problem differentiating itself from any other region capable of overripe, overly extracted wines, Alvar’s lighter touch, earlier picking and immensely quaffable wines are a completely new face for a region desperately in need of a makeover.

In Arribes, the beautiful but seemingly forgotten corner of Continental Spain bordering Portugal to the west and the mountains that ring Galicia to the north,Alvar has been gradually recovering old plantings of Bastarda, Doña Blanca, Rufete and others. He’s now working a total of 3.5 hectares in Arribes and another 3.5 in Toro. His are elegant, fluid wines whilst never betraying their origin. His Toro’s are still Toro, but they somehow manage to be true to the thick skinned nature of Tinto de Toro and, at the same time, delicately lifted, even floral. And his Arribes wines are otherworldly.

By the glass at

Alvar works across two regions separated by a couple of hours drive. Toro, where his family comes from is a hot, dry valley of rolling hills and plains. To the south, where there’s higher altitudes, the soils are lighter and produce brighter fresher wines. This is where the core of Alvar’s project lies, where elegance can be found in reds and even some old white vineyards still exist.
Arribes del Duero is two hours west, stretched along the border with Portugal where the Duero river turns to the south and cuts a deep canyon between the nations. A serious surfer, Alvar fell in love with this area during long drives to Portugal from Toro in search of waves. It’s a nearly deserted area, where slate and quartz soils combine with obscure grape varietals to produce much medium bodied, elegant wines. Alvar prefers the north of Arribes, where these more Bastarda (Trousseau) and Trincadera than the south where the bigger bodied Juan Garcia and Rufete grapes dominate