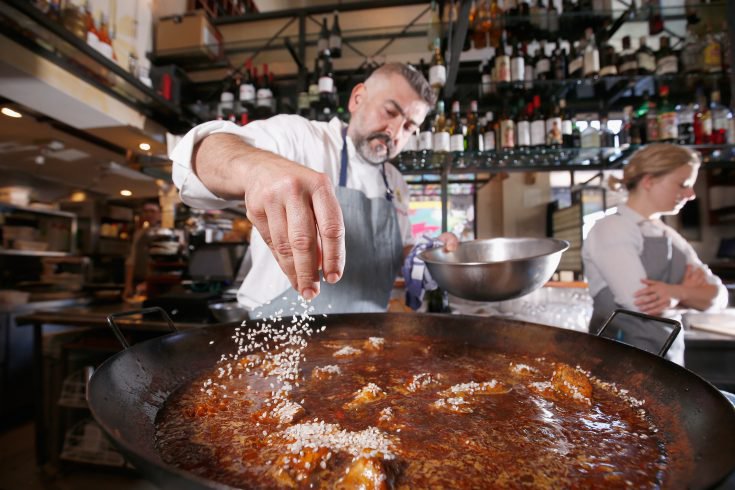 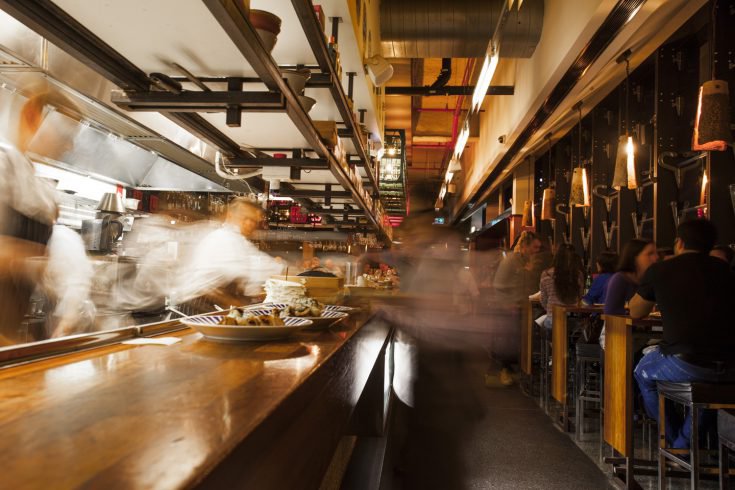 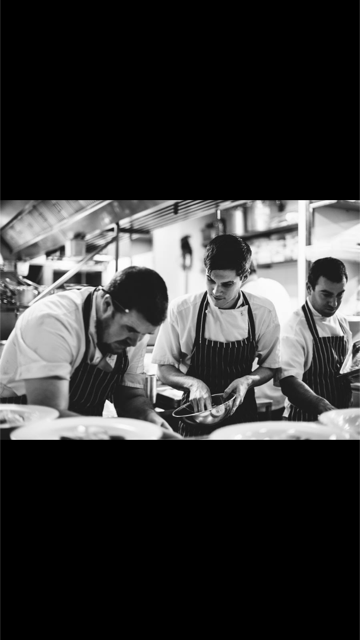 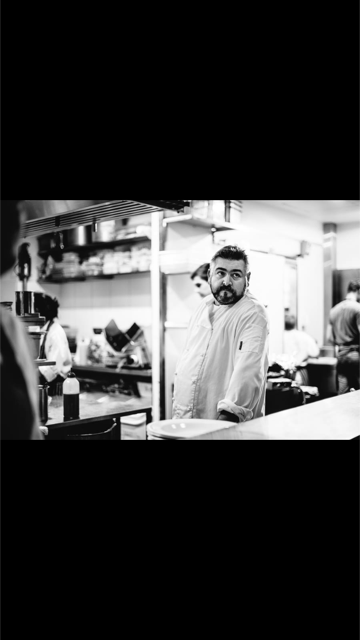 Collaborations between the MoVida kitchen and Alimentaria’s Spanish suppliers

The first line of MoVida-branded products came from a collaboration with Real Conservas, a company  we’ve worked with for more than six years. Real Conservas have a side project called ‘Laterio’ that produces amazing quality seafood and fish, every bit as good as the Real Conservas branded tins.

The Laterio alias allows for more innovation than the elite and traditional Real Conservas moniker and it’s that sort of product that we wanted to put our name to.

The result is a three-product collaboration between MoVida and Laterio, featuring the best seafood available in Galicia, caught, cooked, and canned by Real Conservas exclusively for MoVida. We’re so excited by the results that we’re going to keep hunting for more delicious things we can collaborate on, but until then, we’re incredibly proud to offer this range of our very own tinned products!

Our second collaboration is with the beautiful old vegetable Conservas company called Navarrico. For over a century the Navarrico family have specialized in the best, organic produce from the region of Navarra. A region of Spain renowned for their Piquillo peppers, white asparagus and mountains of other things. We’ve been importing Navarrico products in big tins for awhile now, if you’ve eaten Chickpeas or Piquillos at a Movida restaurant in the last couple of years then you’re already tried some, but now we’ve got them in a less intimidating size for those who don’t have to feed a hundred diners a night. We’ve started with Piquillo peppers and pickled garlic exactly as we’ve been using for sometime. Even more excitingly Frank went over there in person to work on recipes for Romesco which is now available here. The final product was more fortune than design, when chatting all things food the Navarrico people mentioned that in their opinion the greatest stock, and therefore the greatest paella’s relied on using beautiful deep red Scarlet Prawns called Carabinero’s caught in deep waters in the Atlantic. This statement has led led to a further collaboration that brings the a seafood stock based on the heads of the best prawns in the world to our shores…

Galician expertise on behalf of MoVida!

Galicia is the north-west corner of Spain, jutting out just above Portugal. On its eastern edge, a series of mountain ranges separate Galicia from Castille and León, forming enough of a barrier from the rest of the country to isolate Galicia and allow it to develop a unique culture, language and cuisine.

Paradoxically, as the land falls away from the mountains in the east towards the Atlantic in the south, the temperatures gradually decrease until we reach the cool, wet Rias, or deltas, just north of the Portuguese border.

The Rias provide the vast majority of Spain’s seafood and fish: mussels, clams, mackerel and sardines all thrive here, which in turn sustain larger predatory animals like tuna and octopus.

On land, the long tradition of small scale farming can still be seen, although the increasing popularity of the local Albariño grape variety has heralded the arrival of large wineries and a consequent move towards monoculture.