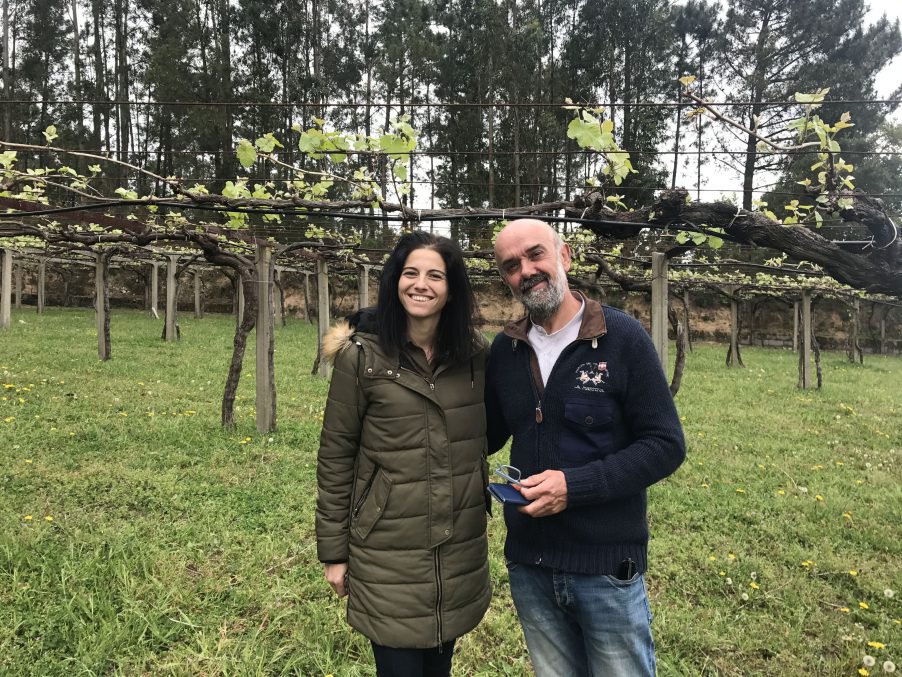 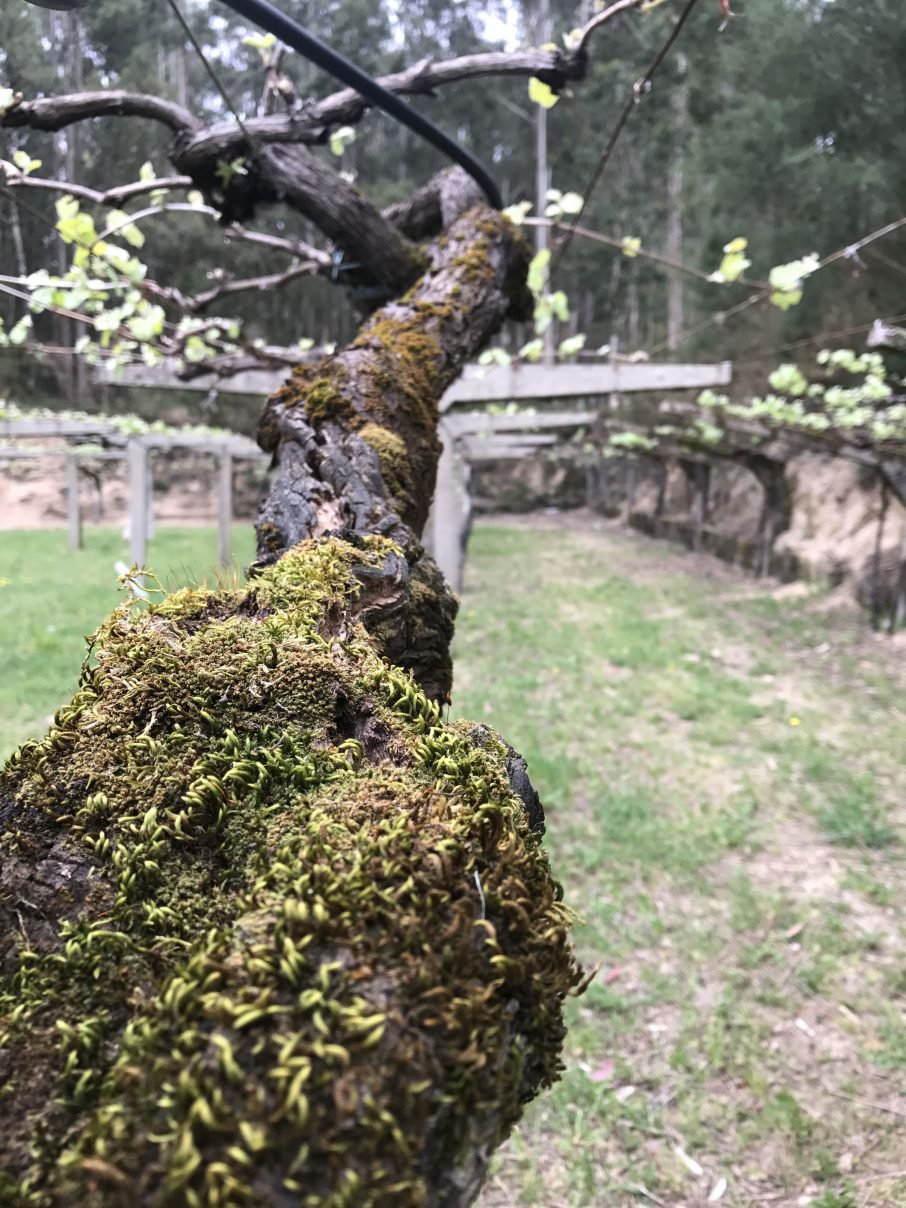 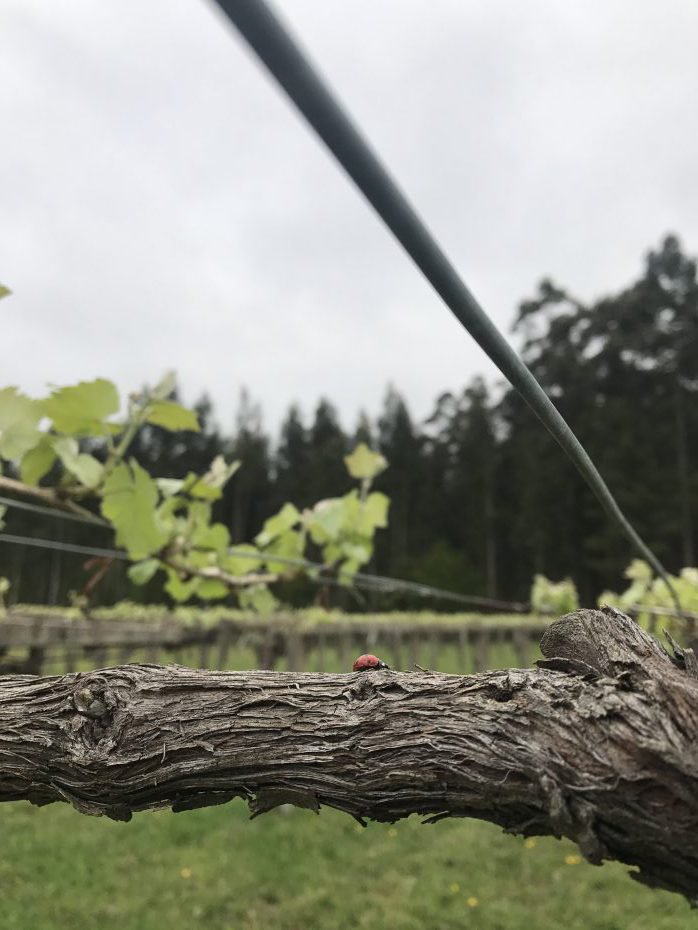 Bodegas Nanclares y Prieto is made up of the duo of Alberto Nanclares and Silvia Prieto. Alberto founded the bodega over 20 years ago, he and his wife had moved to Galicia from Madrid to be closer to the ocean. Alberto was winding down his career as an economist at the University of Madrid and they came to the quietly beautiful region of Salnes to spend time sailing his vintage wooden skiff between the tiny islands that dot the coastline. Unfortunately for this idyllic plan the property Alberto and his wife moved to in Cambados came with a small vineyard behind the old farmhouse – a plot that now provides grapes for the ‘Nanclares’ wine. Mostly out of curiosity Alberto began to look after the vineyard, initially with the help of a local consultant, although that relationship ended when the consultant insisted that Alberto chemically de-acidify his wines. Bit by bit Alberto took on other plots around his village, then further into the mainland near Meano, and then finally he purchased a series of plots along the outcrop of land that shoots into the sea at the bottom of the valley of Salnes, around the town of Sanxenxo. The village wine of Sanxenxo, called Tempus Vivendi, bears a sketch of Alberto’s old boat on the label. The purchase of these plots was made possible by the sale of that beautiful old boat, and perhaps marked the symbolic end of ‘retirement’ and the formal beginning of a whole new career…

Alberto has been farming organically since the late 1990’s, which is a task that many believed to be impossible in the wet conditions of Salnes where growth is vigorous and disease pressure is high. He treats the soil with a combination of algae from the local Rias and decomposed grape must from previous vintages, the focus here is on viticulture as a means of avoiding additives in the winery. It’s a philosophy that has earned him a serious following in the natural wine world although this sort of attention was never something he’d sought. In 2016 Alberto took on a young winemaker named Silvia Prieto, true to the humble and generous nature of Alberto her name was immediately added to the labels – Bodegas Nanclares became Nanclares y Prieto and the capacity to produce even more fine boned and expressive Albarino increased.

Nanclares y Prieto work within the Val do Salnes zone of Rias Baixas, which we unashamedly prefer. Salnes is a long valley that’s exposed to cool Atlantic breezes, which help to give the wines of the region their trademark acid drive and lick of salinity. Alberto and Silvia farm just over 6 hectares of Albarino here, split between 20-something small parcels. The wines from further north in the valley, around the town of Meano, tend to show a little more pure, cool fruit and composed acid, if anything their a little more approachable. Further south and closer to the waters edge, near the town of Sanxenxo the wines they producer are almost sheer acidity, they can be bracing when first released but settle into pristine examples of concentrated, saline Albarino.