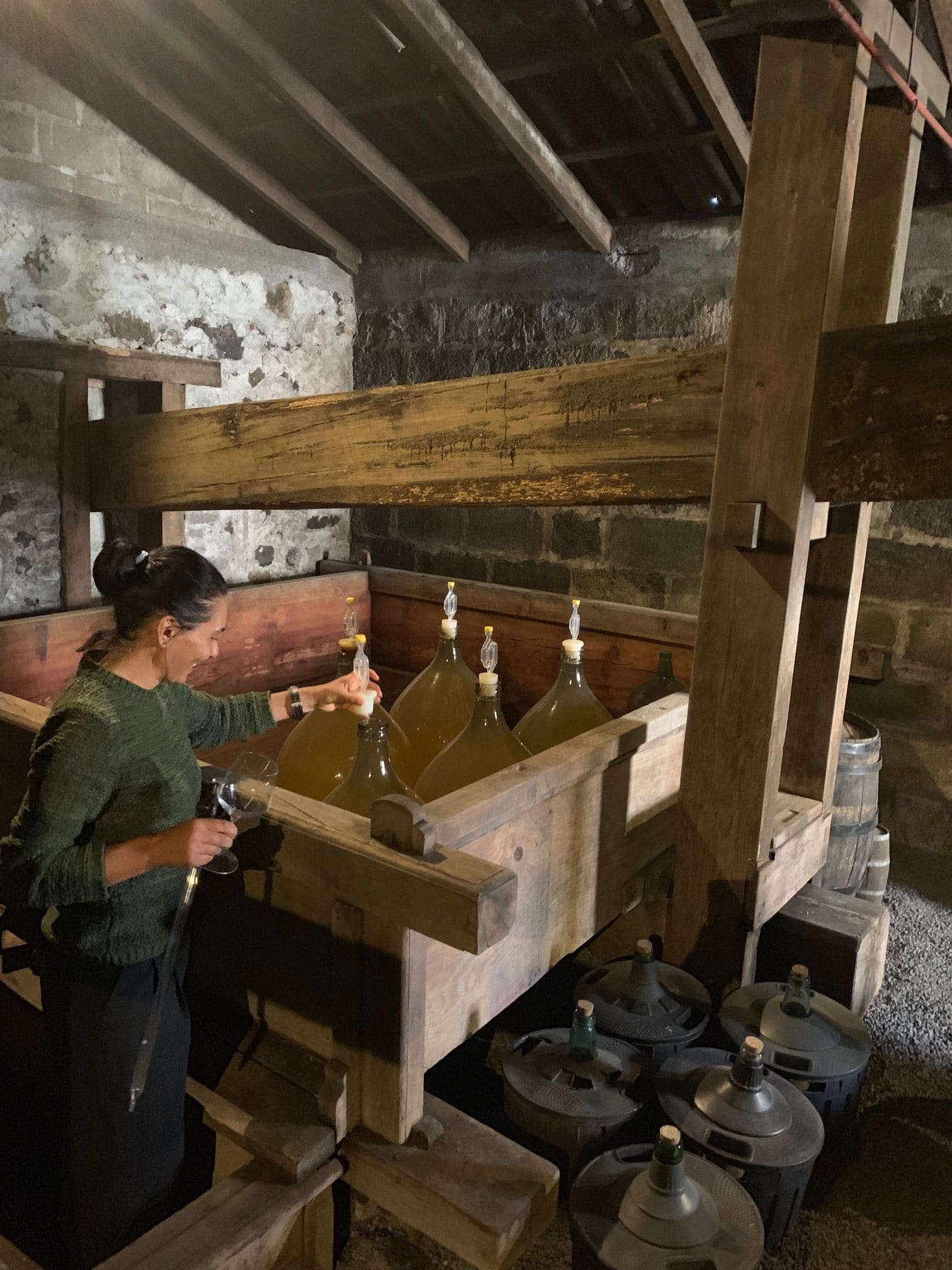 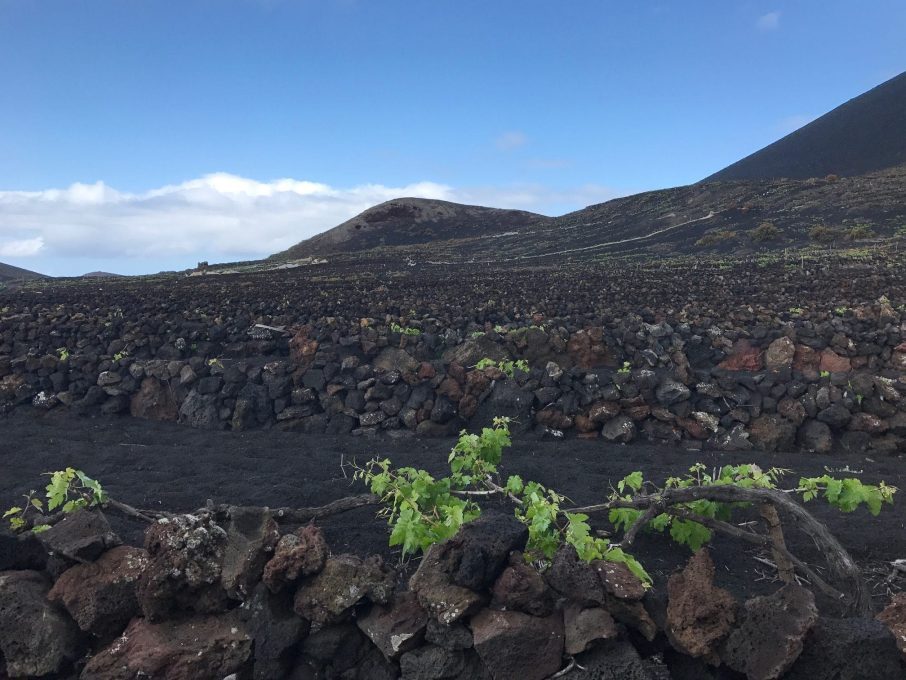 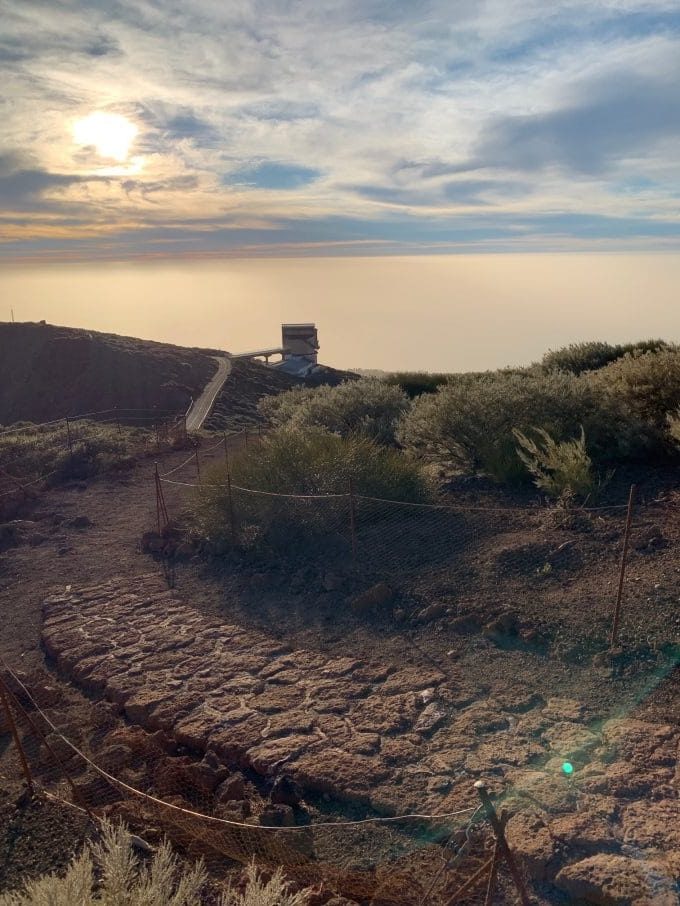 Sunset from the top of the La Palma volcano, the sparse population and high altitudes make it a perfect location or astronomy - the structure in the foreground is part of a network of observatories. 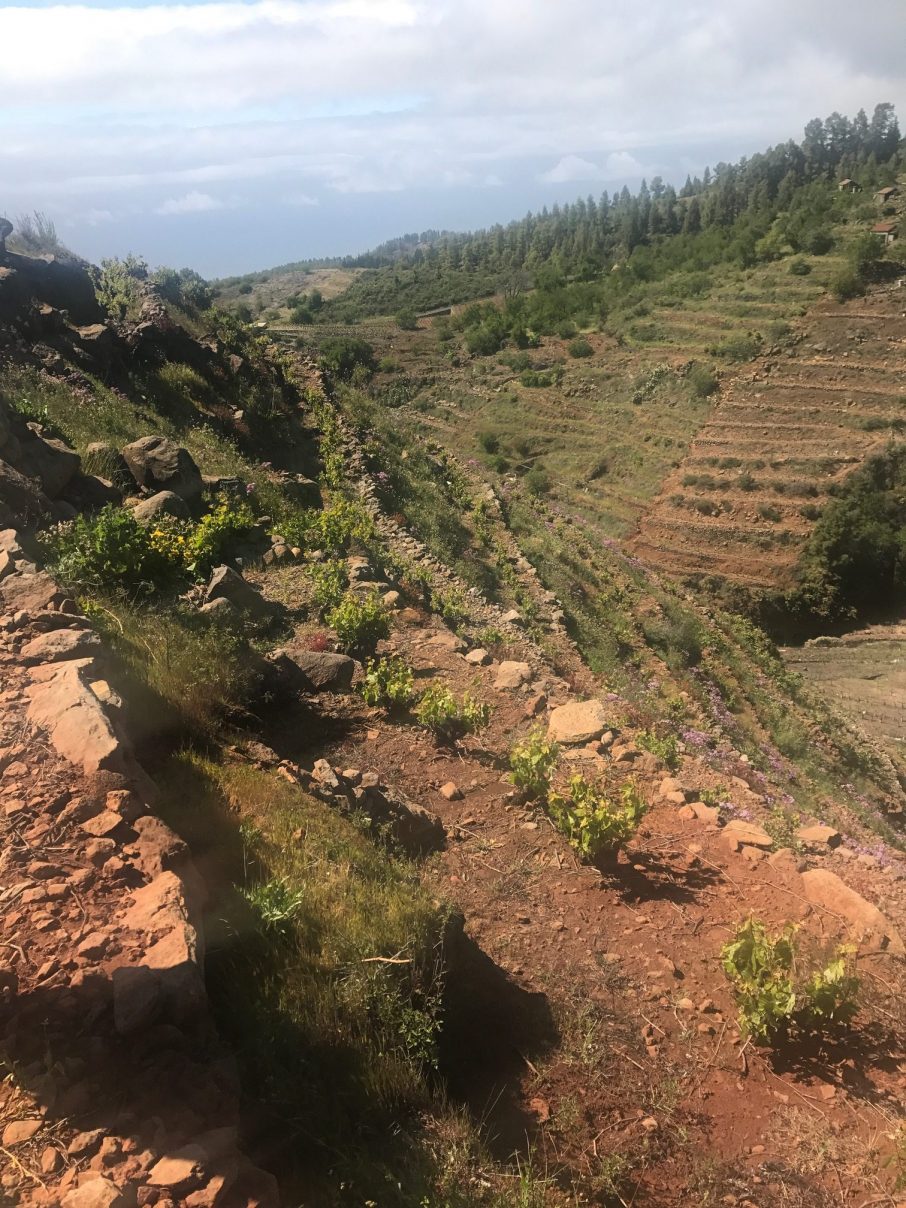 A ravine in the northern part of the island, 'old' red volcanic soils play host to Negromoll vines planted along the terraces.

Mesmerizing wines from the wild island of La Palma.

Summarizing the Matias i Torres winery is a little like trying to describe the view through a kaleidoscope, there’s so many influences intersecting in the project that emphasizing any one or two of them would be reductionist, like describing the kaleidoscopic image as ‘there’s some blue and some red…’ Historically, it’s the oldest winery still operating on La Palma, having been in continuous production since 1885, although current owner, and winemaker Viki Torres has breathed a new modern edge into the wines since taking over from her father in 2015. Geographically it’s fascinating, the most active volcano in the Canaries which erupts every 40 or 50 years means there’s vineyards on pure black, fresh volcanic sand on the south of the island while in the north of the island amazing old vines sit at 1000m altitude on geologically older, red volcanic soils. Viticulturally the island is free of phylloxera and has been relatively isolated from modern Spain, so there’s a cornucopia of heritage white varietals, Sabre, Gual, Albillo Criollo, Listan Diego, Listan Blanco yet there’s really only one red grape to speak of, the unusual thin skinned Negramoll which is believed to have come to La Palma from Jerez some 500 years ago. In winemaking terms the operation is similarly complex, the uber traditional methods of the 1800s like ancient tea-pine presses resting comfortably next to state of the art Italian made concrete fermenting vessels, the primitive blending seamlessly with the modern desire for minimalism. At the centre of this swirl of influences is a very remarkable women, Viki Torres, a calm, humble, and very talented women who has been making fascinating wine on this beautiful and quite wild island.

Viki makes a dizzying array of wines which changes from harvest to harvest. When she first returned to the island to help her aging father in 2010, she kept her creative drive content by making a few ‘experimental’ cuvees outside of the Matias i Torres range. Since his passing in 2015 these wines have continued but are now under the same roof, both literally as she had started making them in her own garage and figuratively as they too became considered Matias i Torres wines. Although now that she is solely in control of the winery the name has shifted too, Bodegas Matias i Torres gradually giving way to the simple Victoria Torres Pecis. Wines like ‘Sin Titulo’ are conceived of as a response to the nature of that particular harvest, others like ‘Pieles’ come from a creative reaction to a particular parcel or a particular cluster of vines. Beyond the experimental range Viki makes a series of single sites wines, which was the logical response to the staggering array of vineyards both her and the preceding generations had collected., Ranging from sea level to 1200m absl and from the southern tip to the northern coast of the island, many of these parcels are over a hundred years old and all of them are planted on their own rootstock, most of them produce no more than a thousand bottles. Of the wines made every year only Las Migas and Negramoll are multi-site wines. Her largest volume wine, the Negramoll clocks in at only 4,000 bottles annually. Everything here is done by hand, from working the soil to the handwritten vintages on the labels.

The Wild Western outcrop of the Canary Islands

La Palma is a single, huge, active volcano that rises four thousand meters straight up from the seabed before breaking the surface, then continues to rise to 2,800m absl, making it the second highest volcano in the Canary Islands chain. It’s an intimidating landscape to fly towards or drive around,